The results of a recent study show that individuals with a high body mass index (BMI) face a heightened risk of developing dementia compared with those who have a healthy BMI.

The results of a recent study show that individuals with a high body mass index (BMI) face a heightened risk of developing dementia compared with those who have a healthy BMI.

The study, published in Alzheimer’s & Dementia, evaluated data on 1,349,857 patients without dementia across 39 previous studies from the United States and Europe. After an average follow-up period of 38 years, 6894 of these participants developed dementia.

Based on their analysis, the researchers determined that each 5-unit increase in BMI was associated with a 16% to 33% higher risk of dementia. However, they also found that patients who neared the onset of dementia had a lower mean level of BMI than those without the condition; the study authors suggested that is because of weight loss experienced as a result of metabolic changes during the predementia stage.

“The BMI—dementia association observed in longitudinal population studies, such as ours, is actually attributable to 2 processes,” said lead author Mika Kivimäki, PhD, in a statement. “One is an adverse effect of excess body fat on dementia risk. The other is weight loss due to pre-clinical dementia. For this reason, people who develop dementia may have a higher-than-average body mass index some 20 years before dementia onset, but close to overt dementia have a lower BMI than those who remain healthy."

The Clinical Focus condition center at NeurologyLive, Pharmacy Times' new sister site, provides further coverage from the Alzheimer’s disease space, as well as updates pertaining to dementia and the most recently released data from the field’s most prominent conferences. 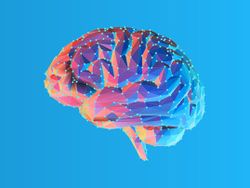 Study: Ketone Supplement May Be Therapeutic for Boosting Brain Function in Obesity