A new study revealed that researchers have found a genetic test that could help doctors determine which patients with multiple myeloma are at “ultra high risk” of their cancer progressing aggressively in its early stages.

A new study published in Leukemia revealed that researchers at the Institute of Cancer Research in London have found a new genetic test that could help doctors determine which patients with multiple myeloma are at “ultra high risk” of their cancer progressing aggressively in its early stages.1

The results of the research showed that a particular genetic pattern indicates a poorer survival than average. This indication helped the clinicians also identify that the patients with this genetic pattern would not benefit from treatment with lenalidomide on its own and would need alternative options as early as possible.1

The researchers studied 329 patients across hospitals in the United Kingdom from the phase 3 Cancer Research UK Myeloma XI trial, which analyzed the efficacy of certain targeted drugs, including lenalidomide, in people newly diagnosed with multiple myeloma.1

Among the patients observed, the researchers were interested in finding those at ultra high risk by analyzing patterns of abnormal gene activity and genetic mutations of their cancers. They were interested in learning whether any patterns would provide clues regarding the cancer’s aggressiveness, rate of spread, and likelihood of responding to treatment with lenalidomide alone.1

In total, 81 patients had cancers with what the researchers called an SKY92 signature, a pattern of gene activity that involves 92 genes, which shows patients are at high risk.1

The results of the study helped the researchers have a clearer understanding of these 2 risk features, which, in turn, will help them to improve their ability to predict disease outcome.1

Patients with both risk features comprised approximately 10% of the total patient group. The patients in this group were at ultra high risk of early, aggressive disease relapse. The cancers in this group progressed within 4 years when treated with current standard therapies, whereas other cancer groups sustained much longer responses to treatment. Patients with ultra high risk also had an 11 times increased risk of death compared with other patients.1

Furthermore, researchers found that patients in this ultra high risk category also were less responsive to treatment with lenalidomide as ongoing or maintenance therapy. Normally, this treatment method is highly effective at keeping myeloma from relapsing for those patients with few or no genetic high risk features.1

“Our study shows that people whose tumors have an 'ultra high risk' combination of genetic features have a particularly aggressive disease which doesn't respond sufficiently to standard treatment to keep their cancer at bay,” said co-author Martin Kaiser, MD, team leader in myeloma molecular therapy at The Institute of Cancer Research, London, and consultant haematologist at The Royal Marsden NHS Foundation Trust, in a press release.1

There is a high unmet need for new treatment approaches for ultra high risk myeloma. For this reason, the researchers plan to test different drug combinations in a new OPTIMUM trial, which will include 470 patients in total. The researchers hope the results of this study will lead them to alternative treatment options for those with high-risk myeloma.1

“The next step is to combine our results for this study with the ongoing OPTIMUM trial, which will provide us with more information on how to tailor treatment for patients at ultra high risk based on genetic information,” Kaiser said in a press release. “Not all patients with myeloma are the same, and we know that by better understanding their cancer's genetic and molecular features, we can tailor their treatment much more effectively.”1 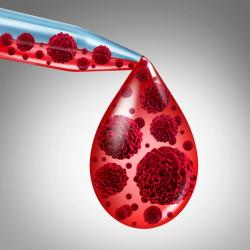