The FDA has approved Gilead Sciences' emtricitabine 200 mg and tenofovir alafenamide 25 mg combination (Descovy) as a second pre-exposure prophylaxis (PrEP) drug in at-risk adults, and in adolescents weighing at least 75 Ibs, according to the company.

The safety and efficacy of the drug for PrEP use were evaluated in a randomized, double-blind multinational trial in 5387 HIV-negative men and transgender women who have sex with men. The trial compared the once-daily combination to Gilead's emtricitabine 200 mg and tenofovir disoproxil fumarate 300 mg tablets (Truvada), and participants were followed between 48 and 96 weeks.

The newly approved drug is not indicated in individuals at risk of HIV-1 infection from receptive vaginal sex because the effectiveness in this population has not been evaluated. It does not prevent other sexually transmitted infections or cure HIV infections or AIDS. 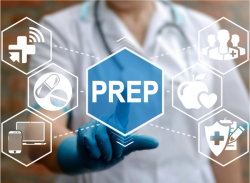 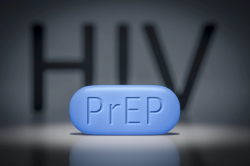 Ending the HIV Epidemic: How to Get Back on Track