Small cell lung cancer is highly aggressive and fast-growing, typically recurring and progressing rapidly despite the initial response to chemotherapy.

The FDA has approved durvalumab (Imfinzi, AstraZeneca), in combination with etoposide and either carboplatin or cisplatin, as a new first-line treatment for patients with extensive-stage small cell lung cancer (ES-SCLC).1

Durvalumab is a human monoclonal antibody that binds to programmed death-ligand 1 (PD-L1) and counters the tumor’s immune-evading tactics. It was previously approved in the curative-intent setting for unresectable non-small cell lung cancer (NSCLC) after chemoradiation therapy. It is also being tested alone and in combination with tremelimumab as a treatment for patients with NSCLC, SCLC, bladder cancer, head and neck cancer, liver cancer, biliary tract cancer, cervical cancer, and other solid tumors.1

The FDA approval was based on the phase 3 CASPIAN trial, which showed a statistically significant and clinically meaningful improvement in overall survival among patients receiving durvalumab in combination with standard-of-care platinum etoposide.1

The trial enrolled 805 patients diagnosed with ES-SCLC. Researchers compared durvalumab in combination with etoposide and either carboplatin or cisplatin chemotherapy, durvalumab and chemotherapy with tremelimumab, or chemotherapy alone.1

The most common adverse reactions included nausea, fatigue/asthenia, and alopecia.1

For this new indication, the application was granted priority review and orphan drug status.2 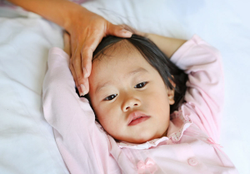 High Drug Prices: How We Got Here and How We Achieve Affordability