Many cases of congenital heart disease go undetected until adulthood, and are discovered after heart failure develops or an arrhythmia causes sudden cardiac death.

As the mortality rate from congenital heart disease (CHD) has fallen roughly 40% in the last 18 years, researchers have questioned what new research priorities should be.

CHD has been reported to be one of the most common birth defects, and can be related to structural, functional, or rhythmic problems. Many cases of CHD may go undetected until adulthood, and could only be discovered after heart failure develops or an arrhythmia causes sudden cardiac death.

Many of CHD's 30 types of defects are correctable. Patients' conditions can range from mild-to-severe — some forms of CHD resolve without therapy, others are fully correctible, and others are life-threatening either early or later in life.

All participants were asked to respond to 12 topics. The researchers created CHD group-specific questionnaires for patients and relatives. They recruited 596 patients, and 75 physicians, 11% of whom were surgeons.

The survey revealed that patients requested information about medical issues, and they also have expressed concerns regarding psychosocial issues. Patients and family members expressed a desire to see more research than physicians did, and were particularly interested in research concerning intervention, reoperations, heart failure, catheter ablation, quality of life, and physical exercise capacity.

Patients also perceived that research gaps in sex, family planning, and pregnancy were quite large. According to the researchers, this was probably because pregnancy was contraindicated in the most severe cases of CHD, coupled with patients' beliefs that if they have normal exercise capacities, they should be able to live normal lives, which included giving birth. 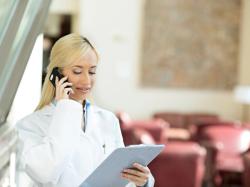