Expert health professionals share their thoughts on variants of concern vs variants of interest of the SARS-CoV-2 strains as they relate to clinical practice.

Rodney Rohde, PhD, MS, SM(ASCP)CM, SVCM, MBCM, FACSc: Madeline, in your work, do you talk about the differences between variants of concern and variants of interest, or that type of information around these strains?

Madeline King, PharmD, BCIDP: That’s a great question. In the clinical setting, if I’m talking to patients, I’m not going to talk about the scientific names of anything. I might mention that the current circulating variant is Omicron or Delta, because people hear those names in the news. In the United States, we’re seeing a lot of the BA.5 variant. There’s a new one that’s starting to stick out its ugly head: the BA.4.6 variant. Based on what I’ve seen, it seems that the current vaccine, the new booster, is going to have some coverage. But we don’t typically use the scientific names in clinical practice. We use them in the science and laboratory areas. But of the variants of interest now, BA.5 is the most prevalent in the United States.

Wendy Wright, DNP, ANP-BC, FNP-BC, FAANP, FAAN, FNAP: In my patient population, we talk a lot about the different variants, at least in primary care. Patients are coming in and saying, “Is this the new bivalent vaccine? Is it the one targeting Omicron and its variants?” We talk about it, at least in my practice, because people want to know if they’re getting the vaccine targeting those circulating strains.

We also use the variants to talk about is how genetically different COVID-19 is today from what it was 2½ years ago, making it a little less recognizable by those native vaccines that we gave, which is why it’s so important that our patients get the booster shots that are targeted toward what we’re seeing today. The other thing I love to talk about with them is that they have this impression that Omicron is a mild illness. It may be for some, but it’s so contagious that hospitalization rates are up. Particularly if you’re 0 to 4 years old, your risk of being hospitalized from it is 5 times greater. I want to take that clinical piece from my end back and say that we use this to have a conversation about what we’re seeing so that I can push people to get a vaccine, particularly the boosters that are out.

Jacinda Abdul-Mutakabbir, PharmD: I’m definitely in agreement with Wendy. We talk about variants of concern and variants of interest. I try to make people stakeholders of these terms because, at the end of the day, they impact all of us. It’s a matter of explaining exactly what they are. But as Wendy stated, it’s important that we reinforce just how serious these variants are and teach the community that a variant of interest is when we see a bit more mutations than we saw previously. It’s something that we aren’t really worried about in terms of COVID-19. At the end of the day, we expect viruses to change a bit.

But when we get to the variants of interest, we’re interested and looking at it. I tell them that this is something they’re going to look for more in laboratory testing. Are they going to continue to see these strains with these same types of mutations? Then I explain that we’re at that point with Omicron. This is a variant of concern because it’s changing how easy the virus can go from person to person. As Wendy and Madeline stated, this is why we have to have these bivalent vaccines, because we’ve gone from a variant of interest to a variant of concern. This is a problem we have to deal with. It’s important that we continue to use these terms and that that we make the folks we talk with stakeholders of what these terms mean and how serious they can be in terms of COVID-19 and how it’s changing. 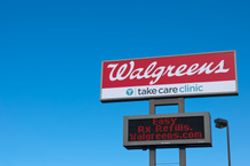 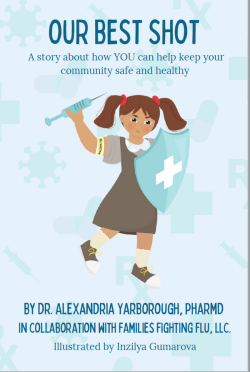