Patients with early-stage breast cancer may not need aggressive treatment.

Patients who were diagnosed with early-stage breast cancer with an intermediate risk recurrence score (RS) from a 21-gene expression assay were observed to have similar outcomes, even if treatment differed, according to a new study published by CANCER.

These findings are significant because if confirmed, patients with intermediate scores may be able to avoid treatment with chemotherapy, which is currently the first-line treatment.

Traditionally, even patients with early-stage disease have been treated aggressively, and many stage 1 and 2 patients underwent chemotherapy. Over the last 10 years, however, new findings suggest that aggressive treatment may be unnecessary for these patients.

"Through years of research discoveries, it became clear that we were over-treating many women with breast cancer, especially those with early-stage disease,” said corresponding study author Carlos H Barcenas, MD. “In addition to chemotherapy's obvious side effects, there were also long-term complications for these women as survivors.”

The 21-gene expression assay was among the most important clinical discoveries because it can predict the recurrence of breast cancer among certain patients with early-stage disease, according to the study. In the TAILORx clinical trial, patients with HER2-positive and lymph node negative early stage breast cancer whose RS was less than 10 were able to go without chemotherapy treatment.

While previous findings have changed the standard of care for women with low RS, little research has been done to determine the necessity of chemotherapy for those with intermediate RS, a score of 11 to 25.

The study authors said that determining whether or not a patient requires chemotherapy is a common problem.

"This study evolved out of my patients' frustration that I could not provide a definitive answer to their paramount question: 'Do I need chemotherapy?' As we wait for the TAILORx findings, we decided to look at MD Anderson's own experience to glean insight on how best to care for these women with an intermediate risk recurrence score,” Dr Barcenas said.

In the new study, the authors included 1424 patients diagnosed with stage 1 and 2 breast cancers between 2005 and 2011. All patients included underwent the 21-gene expression assay, and had HER2-positive and lymph node negative disease.

While no patients in the new study were also included in the TAILORx trial, the investigators used the same RS cut off scores.

The investigators found that at follow-up, those with an intermediate risk score had an invasive disease-free survival (IDFS) rate of 92.6% at 5 years, regardless of chemotherapy treatment, according to the study.

Among patients who were not treated with chemotherapy, the estimated IDFS and overall survival was 93% and 98%, respectively, which was observed to be similar to patients who underwent chemotherapy.

Since the follow-up was relatively short, the study authors believe that chemotherapy cannot be deemed ineffective for these patients without further studies. However, these findings may provide clinicians with additional resources to determining whether or not to administer chemotherapy to patients with intermediate RS.

"Our research is likely the most comprehensive data we will have about this patient population until the international randomized trial is published," Dr Barcenas concluded. "Hopefully our findings will serve as a discussion point between physicians and patients as they are making critical decisions regarding a woman's breast cancer care."

Investigating Mortality and Causes of Death of Patients With Polycythemia Vera 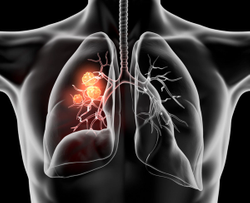