The topical therapy demonstrated significant improvements in the study, based on IGA success and other endpoints, according to investigators.

Roflumilast 0.3% is an investigational once-daily topical foam formulation of a highly potent and selective phosphodiesterase type 4 inhibitor. It is being developed to treat inflammatory dermatoses, particularly areas with hair, such as the scalp.

The topical treatment demonstrated significant improvements in the study, based on IGA success and other endpoints, according to investigators.

“Despite the prevalence and impact on quality of life of seborrheic dermatitis, there remains significant unmet need for new options to treat this condition, with individuals today left to manage their symptoms with multiple treatments and complex application routines,” Zoe Draelos, MD, a dermatologist in High Point, North Carolina, and president of Dermatology Consulting Services, PLLC, said in a statement. “As both a trial investigator and a clinician, I am excited by these results, because they demonstrate the potential for roflumilast foam to be a well-tolerated, easy-to-use, steroid-free treatment option for adults and adolescents with moderate to severe seborrheic dermatitis.”

The improvements were seen as early as 2 weeks with IGA Success. Additionally, more than half the individuals treated with roflumilast foam achieved an IGA score of clear at week 8.

It was generally well tolerated, with the incidence of treatment-emergent adverse events (TEAEs) being low and similar between the active treatment and vehicle. Most TEAEs that were assessed were mild to moderate in severity. There were no treatment-related serious adverse events (AEs).

Overall, the most common AEs were COVID-19, nasopharyngitis, nausea, and urinary tract infection.

Investigators said that more than 90% of individuals who were randomized to use roflumilast completed the full 8 weeks and 0.7% in the roflumilast arm and 2% in the vehicle arm discontinued the study because of AEs.

“We are excited that investigational roflumilast foam demonstrated strong topline results in our pivotal phase 3 trial, consistent with previously reported data. These results move us one step closer to providing a new treatment option for the millions of people suffering from seborrheic dermatitis,” Patrick Burnett, MD, PhD, FAAD, chief medical officer at Arcutis, said in the statement. “We will now prepare an NDA for roflumilast foam for the treatment of seborrheic dermatitis to submit to the [FDA].”

Arcutis announced in January 2021 that, based on feedback received from the FDA, the company thinks that a single study with positive results would be sufficient basis for an NDA for roflumilast foam in dermatitis. Arcutis plans to submit an NDA in the first half of 2023.

Addressing the Mystery of Long Hauler COVID: The Time is Now 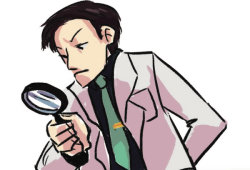