Gender Gap Still Exists in Pharmacist Leadership
2020-10-15 16:40:00
Jennifer Gershman, PharmD, CPh
To fully understand the leadership achievements of women in pharmacy, it is important to highlight those who set the stage for the profession.

Elizabeth Gooking Greenleaf, the first female pharmacist in the United States, opened an apothecary shop in Boston, Massachusetts, in 1727.1 Mary Corinna Putnam Jacobi was the first woman to graduate from a school of pharmacy, receiving her degree from the New York College of Pharmacy in 1863. Zada Mary Cooper, who founded the pharmacy fraternity Kappa Epsilon and the Rho Chi Society, graduated from the University of Iowa in 1897 and continued as a faculty member.1 She was secretary of the American Association of Colleges of Pharmacy from 1922-1942. Additionally, Cooper was one of the founders of the Women’s Section of the American Pharmacists Association (APhA) and was known as the “grand and glorious lady of pharmacy” as an advocate of women in the profession.1

Within the APhA Foundation headquarters in Washington, DC, there is a Women in Pharmacy Exhibit and Conference Room that showcases accomplishments of women throughout the history of pharmacy.1 These achievements include advocating for health care and serving as leaders in national pharmacy organizations. In addition to Cooper, Jacobi, and Greenleaf, who are featured on the portrait wall, the exhibit highlights Anna Gertrude Bagley, who frequently presented on pharmacy topics and wrote many articles.1 She also was a founder of the Women’s Section of the APhA and the first female pharmacist on staff assisting the editor of the Journal of the American Pharmacists Association in the 1920s.1 Another pharmacist who is featured is Mary Munson Runge, the first African American and first woman to become president of the APhA in 1979. Runge established an Office of Women’s Affairs and a Task Force on Women in Pharmacy within the organization.1

Despite those first big steps, gender gaps exist today in pharmacy leadership positions, even though a majority of pharmacy school graduates are women.2 Female pharmacists play a critical role in advancing the pharmacy profession through leadership.

More than 65% of actively practicing pharmacists are women, compared with 46.4% in 2009, according to the 2019 National Pharmacist Workforce Study.3

The survey also showed that 58.8% of actively practicing pharmacists in management positions in 2019 were women, compared with 40.5% in 2009. Although the number of female leaders has increased, gender gaps still exist in pharmacy school deanships and other leadership positions.2 Various organizations, including the APhA and the American Society of Health-System Pharmacists recognize the gender gap, and they support leadership roles for women in all pharmacy roles and practice settings.1,4 The Women in Leadership Summit Task Force of the Hematology/ Oncology Pharmacy Association created a white paper to address the needs of women oncology pharmacists in leadership development.5 Recommendations include implementing mentoring programs and training opportunities, and working to improve work-life balance.5

WORDS OF WISDOM
Pharmacy Times® interviewed 3 female pharmacist leaders to gain insight into their journeys through the profession. They also offered pearls of wisdom for advancing pharmacy leadership roles for women.

Brooke Griffin, PharmD, BCACP, professor and vice chair of pharmacy practice at Midwestern University College of Pharmacy in Downers Grove, Illinois, created the 21st Century PharmD website as a toolbox for students to prepare them for their pharmacy careers. She also writes a blog for the Pharmacist Moms Group.

“Leadership development is self-development. All leaders need time and space to reflect on what makes them someone worth following,” Griffin said.

“Women in pharmacy leadership positions should recognize that advocacy in pharmacy begins with self-advocacy. When we can voice what we need to be successful at home, including self-care, and at work, including our own career growth, only then can we motivate others to do the same,” Griffin said.

“There are still too many boardrooms, C-suites, and legislative seats lacking female representation and diversity. As the 11th woman out of 166 presidents for the American Pharmacists Association, representation matters,” Leal said.

“Have your voice shape the future that you want to see,” she said. 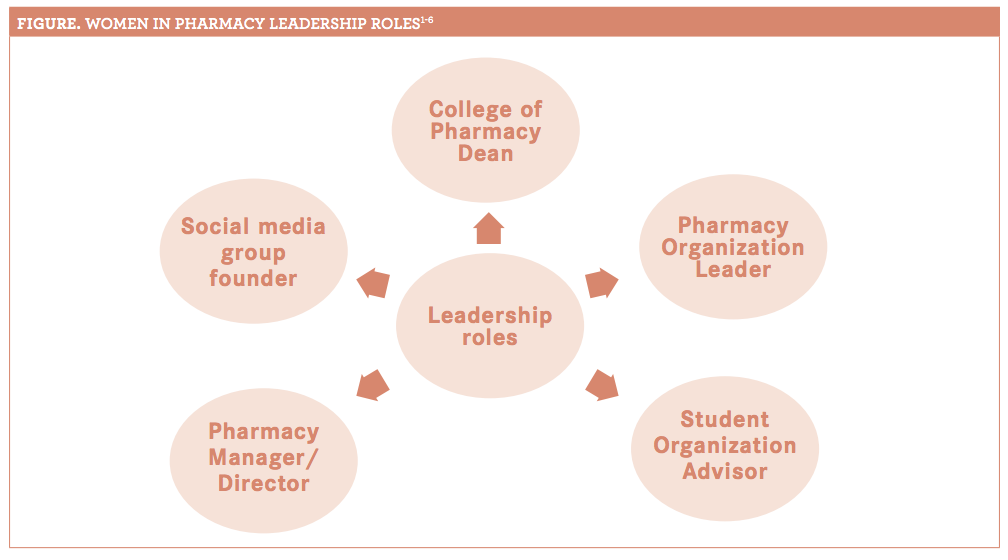 REFERENCES
68588
Gender Gap Still Exists in Pharmacist Leadership
Deanships and other high-level roles have fewer women, even though a majority of those entering the profession are female.
/publications/issue/2020/October2020/gender-gap-still-exists-in-pharmacist-leadership