The growth of drug sales and dispensing volumes slowed dramatically in the United States during 2008. When IMS Health released its annual compilation of data on the American prescription drug market in March, the press was filled with headlines such as “Drug Sales in US Rise at Slowest Rate in 47 Years” and “Drug Sales Eke Out 1.3% Growth in 2008.”1,2

As discouraging to drug makers as those headlines may have been, they failed to capture the full scope of the downturn in the industry. IMS Health only began publishing its drug market statistics in 1961—47 years ago—and the 1.3% increase in overall revenues for prescription medications represented a >100% decline in dollar sales growth from the 3.8% recorded for 2007. The 2007 rate had previously been the record low.3

Drug sales were essentially flat in 2008 because the number of medications dispensed barely increased from 2007, ticking up a mere 0.9%.1 All but 2 of the 7 brand name products that made it into the top 20 most dispensed drugs saw their volumes decline last year. Of particular note, Lipitor (atorvastatin; Pfizer), which was once again the topselling and most prescribed product, experienced an 11% drop in prescriptions and a 3.4% drop in revenues. (See the Top 200 [Tables 1 and 2]).

Generics Gain, Blockbusters Wane
In a press release, IMS Health attributed the slow growth of drug dispensing to a reduction in demand by consumers who had less and less money to spend as the recession worsened. The research firm also noted that when patients did purchase medications, they and their health care providers increasingly opted for generic products.1 The latter conclusion is more than borne out by other data showing that of all the drugs dispensed in the United States in the 12 months beginning with September 2007, 63.7% were generic products.4

The move toward generics is likely to continue. Survey research reported by the Generic Pharmaceutical Association in January 2009 revealed that 81% of American adults “would choose a generic over a brand name drug.”5 Evidence for this preference can be found in the fact that many unbranded products experienced 40% and more gains in volume during 2008, including Mylan’s amlodipine besylate and Lupin’s lisinopril.

The leap by Mylan’s antihypertensive and antianginal medication is especially interesting. The branded version of amlodipine, Pfizer’s Norvasc, was among the top products in 2007, but it is nowhere to be found among the leading sellers or prescriptions for 2008. Norvasc went off patent on January 31, 2007.6

Long-Term Market Outlook Dim
Low, and perhaps even negative, growth in drug product revenues are being projected by IMS Health moving forward. In an analysis published online by Health Affairs last December, researchers noted that “prescription pharmaceutical costs [are] currently rising very slowly or even falling. Prescription drug spending growth is now likely to be lower than any other major medical sector.”7

According to the researchers, prices will be driven downward by the market entry of generic products, cost competition among makers of generics, and the diminishing number of newly approved medications that have the potential to be become blockbusters. All of these factors are already coming into play. For example, in an unwelcome development for brand name pharmaceutical manufacturers, the FDA approved and licensed just 18 new drugs and biologics in 2007 and another 20 in 2008. Few of these products appear destined for widespread use.8,9 This relative trickle of new products also will be bad news for generics makers because they will have fewer high-volume products to replicate.

One area in which generic drug makers hope to be able to grow is biopharmaceuticals. A long-sought regulatory process for reviewing and approving follow-on biologics looks to be closer than ever with the introduction in March of HR 1548, the Pathway for Biosimilars Act.10 The passage of this piece of legislation is not assured, but it seems to be only a matter of time before companies such as Amgen and Genentech’s new parent Roche can bank on high revenues from biotech drugs immune from competition.7 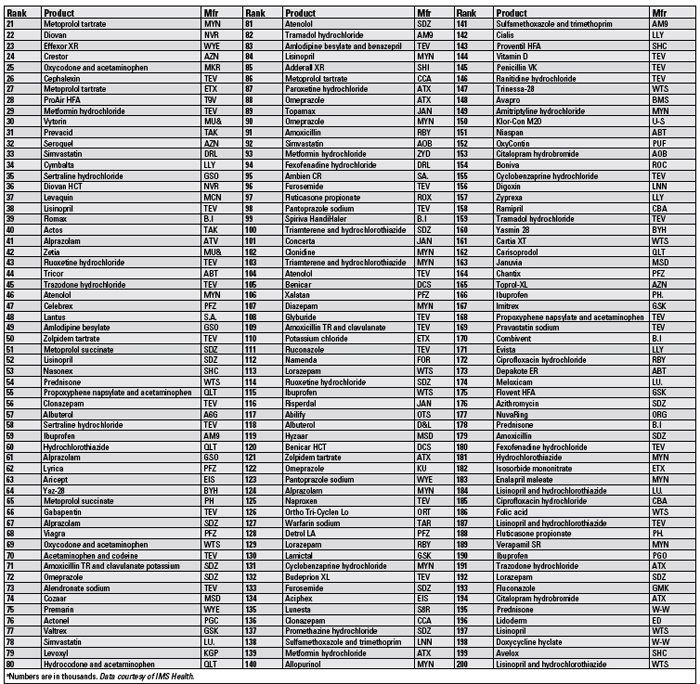 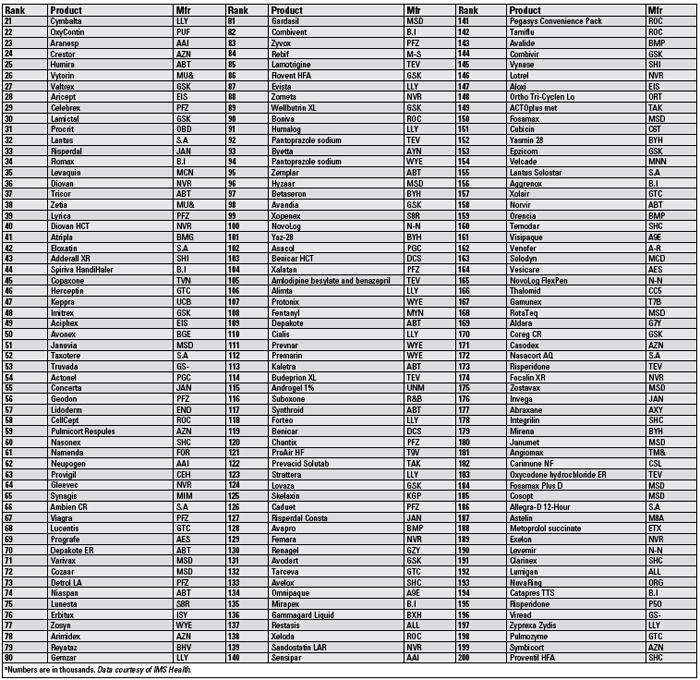