A selection of articles you won't want to miss from recent issues of Pharmacy Times.

Pharmacy Times Editor-in-Chief Fred M. Eckel, RPh, MS, ScD (Hon), explores how pharmacy at the state level can have national effects in his February 2014 editorial. Joining and supporting state pharmacy associations could have a huge impact on the profession if each state works individually to achieve common goals.

The Value of a Pharmacy Education

“A pharmacy education costs too much,” Pharmacy Times Health-System Edition Editor Stephen F. Eckel, PharmD, MHA, BCPS, FASHP, FAPhA, FCCP, writes in his editorial from the March 2014 Health-System Edition issue. Looking beyond the often-discussed supply and demand issues of the pharmacy school “boom,” Eckel inspects further implications of having too many schools in an over-crowded job market. New pharmacists graduate with immense debt, and he argues that would-be pharmacists may choose not to attend pharmacy school because it doesn’t make financial sense. It’ an ongoing debate in pharmacy education.

In the February 2014 issue of Pharmacy Careers, we presented 2 stories of pharmacists and student pharmacists delivering care to professional athletes. The March 2014 issue of Pharmacy Times, however, presents a darker side of the story. As the pressures of competitive sports increase, some athletes turn to performance-enhancing drugs. In fact, 6 out of 10 Olympic athletes use performance enhancers. These athletes are not only risking their careers for an increased chance of winning, they are also risking their health. Pharmacists should understand what motivates athletes of all types, including those in their community, to use the substances and the serious health risks associated with their use.

Homeopathic Medicine: The Role of the Pharmacist

The use of homeopathic medicine is one of the most debated topics among pharmacists and among health care professionals. Despite pharmacists’ personal opinions on alternative medicines, homeopathy continues to gain popularity with the public. Pharmacists should know how to counsel patients seeking homeopathic remedies.

Vitamin B12 deficiency is a condition that is often overlooked, but it can have devastating effects on infants and children. The deficiency can cause permanent brain damage, the symptoms of which are often mistaken for disorders within the autism spectrum. Early treatment can prevent these effects; however, vitamin B12 deficient children are often misdiagnosed with colic or gastroenteritis. Understanding the effects of B12 deficiency could help prevent a lifetime of disability. 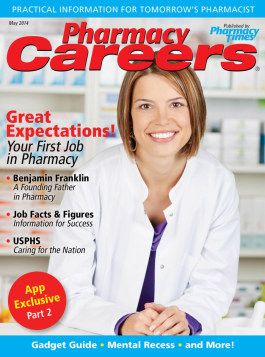