Flip the Pharmacy, a 5-year pharmacy transformation program directly supporting over 800 community-based pharmacies and impacting thousands more, announced the winners of its inaugural Flip the Pharmacy Awards. The year one winners are:

“Congratulations to Team Pennsylvania, Norland Avenue Pharmacy, and PioneerRx Pharmacy Software for being selected as this year’s awardees,” announced Randy McDonough, PharmD, MS, BCGP, BCPS, FAPhA, Director of Practice Transformation for the Flip the Pharmacy program. “There were many excellent nominations, but these three candidates stood above the others with their commitment to practice transformation. It is a privilege to recognize their efforts.”

Over 500 pharmacies were selected for the first Cohort of the Flip the Pharmacy program, which runs through September 2021. The Pharmacy of the Year Award is given to a participating pharmacy that makes an exemplary commitment to transforming their practice model and supporting the overall purpose of Flip the Pharmacy.

“We are so excited to win the first-ever Flip the Pharmacy Award! Our pharmacy staff has been working extremely hard to transform to a pharmacy that is truly focused on our patients and their health. This award recognizes that effort. We are extremely blessed by God to be honored with this award,” said Wayne Myers, PharmD, Owner of Norland Avenue Pharmacy.

Team Pennsylvania, comprised of 38 participating pharmacies and dozens of Flip the Pharmacy coaches from across the state, was selected from a multitude of nominations as the Flip the Pharmacy Team of the Year. Over the year, those pharmacies submitted 30,857 eCare Plans (10% with blood pressure readings) and 16,669 of those identified a medication-related problem.

“This is truly an honor, and a testament to the commitment of numerous partners who came together to support community pharmacy practice transformation in Pennsylvania,” Stephanie McGrath, PharmD, Executive Director of Network Operations for Pennsylvania Pharmacists Care Network and representative of Team Pennsylvania. “The real contributing factor to our success is the partnerships and collaborative ‘let's roll up our sleeves and get this done’ attitude.”

The Flip the Pharmacy’s Technology Solutions Partner of the Year Award is given to a technology solutions provider that exhibits an exemplary commitment to providing necessary technology resources to support pharmacy practice transformation and the overall purpose of Flip the Pharmacy. There are nearly 20 pharmacy management systems, clinical documentation systems, or other technologies that have developed capabilities with the Pharmacist eCare Plan and were considered for this award.

PioneerRx Pharmacy Software was selected as this year’s winner of the Flip the Pharmacy’s Technology Solutions Partner of the Year Award.

“It’s an honor to win the Flip the Pharmacy Technology Award as it is a reflection of how much PioneerRx and the people that work here care about the profession of pharmacy,” said Josh Howland, PharmD, MBA, Vice President of Clinical Strategy for PioneerRx Pharmacy Software. “More than that, it’s evidence of several years’ work and feedback from independent pharmacists across the country that lets us know we’re on the right track to helping transform the future of community pharmacy. As a pharmacist, I couldn’t be any happier.”

Flip the Pharmacy has been made possible through the generous support of Founding Sponsor: Community Pharmacy Foundation and Program Sponsor: Compliant Pharmacy Alliance, as well as numerous team sponsors and program partners. 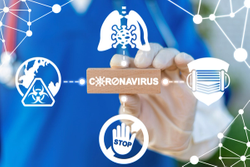