Pharmacists should be aware that a clopidogrel tablet found in a bottle of hydrochlorothiazide tablets has prompted a product recall.

Pharmacists should be aware that a clopidogrel tablet found in a bottle of hydrochlorothiazide tablets has prompted a product recall.

Unichem Pharmaceuticals is recalling 1 lot of hydrochlorothiazide tablets 25 mg packaged in 1000-count bottles. The affected tablets include Lot #GHYL15028, which expires in April 2018 and was distributed nationwide directly to wholesalers, retailers, and pharmacies from May 21-28, 2015.

Unichem's internal investigation suggested that this was an isolated event noted at a single pharmacy and confined to the recalled lot.

The FDA warned that the risk associated with mistakenly taking a clopidogrel tablet instead of a hydrochlorothiazide tablet involves an increased probability of experiencing clopidogrel's side effects, which include bleeding and/or bruising. In addition, missing a dose of hydrochlorothiazide could result in uncontrolled blood pressure or swelling caused by excess fluid, as the drug is indicated to treat high blood pressure and edema.

Unichem has not received any reports of adverse events related to the recalled lot to date. Nevertheless, the manufacturer is advising patients to avoid consuming hydrochlorothiazide tablets from the affected lot. Those who are unsure whether they received the recalled product should contact the pharmacy that dispensed it to them.

Related side effects should be reported to the FDA’s MedWatch Safety Information and Adverse Event Reporting Program. 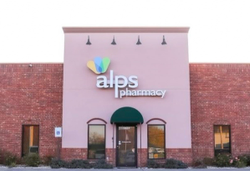 Missouri Pharmacies Go Above and Beyond for Patients 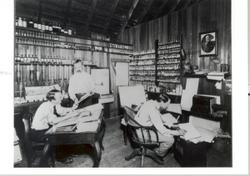 National Pharmacy Week, American Pharmacists Month Have Been Celebrated for Nearly a Century