A collection of quotes on health care reform and its effects on pharmacy from health care insiders. 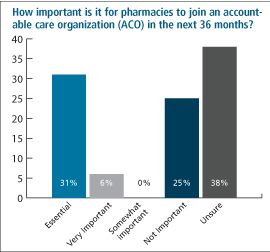 “Pharmacists are perfectly positioned and trained to maximize the benefits of the drug spend to obtain the most savings and boost revenues to the ACO,” said APhA senior vice president of government affairs Brian Gallagher, BSPharm, JD.

“It will not make any sense for any ACO to be created that won’t have pharmacy at the table,” said Health Affairs editor-in-chief Susan Dentzer.

Speech at the Opening General Session of the 2013 APhA Annual Meeting & Exposition on March 2, 2013.

“Supporters of the 2010 health law are looking to draft sports teams, pharmacies and political ground operations for their biggest marketing campaign yet: persuading millions of uninsured, hard-to-reach and skeptical Americans to sign up for health plans this fall.”

“NACDS has no higher priority in 2013 than helping NACDS members implement healthcare reform, advocating before the government throughout the implementation, and helping to communicate the important contributions of pharmacy to this effort—all for benefit of the patients whom you serve.”

“The Walgreens ACOs created new partnerships with pharmacists and primary care providers, and we are pleased that pharmacists are taking an active part in this effort to improve the nation’s health care system,” Jonathan Blum, CMS acting principal deputy administrator and director, Center of Medicare.