In some cases, patients might be prescribed a “medical device” that lives and breathes on its own.

Here are 3 kinds of creatures the FDA either regulates or recognizes as a medical treatment.

Maggot therapy involves a controlled maggot infestation on a wound for debridement.

“The maggots macerate their food with their mouth hooks, release their digestive enzymes into the local environment, and ingest the liquefying and semi-solid tissue,” the FDA explained.

Before being placed on a wound, the fly eggs are disinfected and placed in a sterile vial.

Medical Maggots is a trademarked, prescription-only medical device approved by the FDA. The device is applied via confinement dressings, and it’s left on the wound for a cycle of 48 hours. Typically, 2 to 6 cycles are needed for complete debridement.

Some common complaints related to maggot therapy include late or lost shipments, viability problems from extreme temperatures, and lack of access to the right kind of dressings.

“The substitutions they have made has resulted in dressings that break down at the bedside and could potentially lead to escaping maggots,” the FDA stated.

Maggots are most likely to escape during the first few minutes after administration, “when the maggots are still small and exploring the wound,” according to the FDA. Maggot escape incidents may also go underreported because of the small size of the species.

The safety and efficacy of maggots was examined in the early 1990s, but the earliest 501(k) premarket notification related to the use of maggots dates back to 2004. A man named Ronald A. Sherman from Irvine, California, received the FDA’s approval to market Medical Maggots. The indications were for “debriding nonhealing necrotic skin and soft tissue wounds, including pressure ulcers, venous statis ulcers, neuropathic foot ulcers, and nonhealing traumatic or post-surgical wounds,” according to the FDA.

The FDA also approved a preassembled version of a hydrocolloid-netting cage in 2007 that aimed to simplify the use of medical maggots and reduce user error.

“The accessory should increase safety by decreasing the opportunity for escaping maggots,” the FDA’s 501(k) premarket notification statement read.

In 2011, an accessory called LeSoc was approved to reduce the chances of maggots escaping.

All licensed physicians can prescribe maggot therapy. Around 50,000 maggot therapy treatments were administered in 2011, according to Monarch Labs, which is the company Sherman cofounded.

Bloodletting has been around for at least 3000 years, according to an article published in BC Medical Journal in 2010, but using leeches was especially popular in the 1830s in Europe. Around that time, roughly 5 to 6 million leeches were used per year in Paris alone.

Leech therapy went through a period of decline when it wasn’t as popular, but it resurfaced around the 1980s, according to the BC Medical Journal article. Like maggots, leeches are considered medical devices in the FDA’s eyes.

Leeches can be used for skin flaps, skin grafts, surgical reattachments, and on tissue that is adversely affected by impaired venous blood flow. They can also be used to treat venous congestion and delayed healing, which is achieved through the leeches’ ability to create prolonged, localized bleeding.

In the summer of 2015, a 510(k) summary showed that Carolina Biological Supply Company was given approval to market Medicinal Leech, which is also known as the European Medicinal Leech, Hirudo verbana, or Hirudo medicinalis.

The summary stated that the benefits of using this “medical device” were not the 5 mL of blood that was eaten by the leeches on average. Instead, the therapeutic benefits are from the “successive release of up to 150 mL of blood for 10 or more hours following the bite.”

Leeches are kept in sanitized, refrigerated rooms. Containers and “leech-handling utensils” are sanitized, and health care professionals use gloves and periodically wipe all surfaces with bleach.

Leeches can survive for weeks or months in dark places that are cooled to 41º to 50º Fahrenheit. After they’ve been used, leeches are put in a solution of isopropyl alcohol for at least 5 minutes, and then thrown away in the same way you’d dispose of potentially infectious biological waste.

Both leeches and maggots are overseen by the FDA’s Center for Devices and Radiological Health.

“Hookworms, whipworms, or other parasites used to prevent, treat, or cure a human disease or condition would be regulated as a drug or biological product as defined in Section 351 of the Public Health Service (PHS) Act,” Paul Richards, public affairs specialist for the FDA’s Center for Biologics Evaluation and Research, told Pharmacy Times. “At this time, FDA has not approved any hookworm therapies for use in humans.”

The FDA maintains that these biological agents are subject to Import Alert 57-21. In it, the FDA recognized that hookworms, whipworms, tapeworms, their eggs, and larvae are considered biological products when used as immunomodulators in patients with allergies, asthma, autism, Crohn’s disease, multiple sclerosis, Sjorgren’s syndrome, and ulcerative colitis by deliberate self-infestation.

To gain entry, the treatments must be marked for personal use, and they require a prescription from a US physician. The FDA is allowed to detain these imported worms unless the individual importing them has an investigational new drug application or a valid biologics license under section 351 of the PHS Act.

To date, no new drug application or biologics license application has been approved for these products.

“FDA encourages manufacturers/sponsors interested in conducting clinical studies of alternative therapies for use in addressing human diseases or conditions to contact the agency as soon as possible during product development to help facilitate their compliance with the regulations governing development,” Richards said. 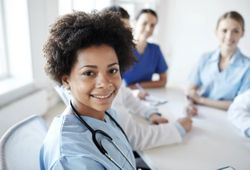 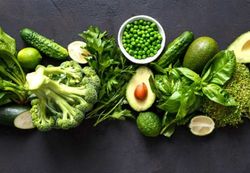