But pharmacists often overlook other potential sources of vitamin K. After all, more than 1000 foods contain the nutrient, according to the US Department of Agriculture (USDA) National Agricultural Library.

How can patients and providers keep track? 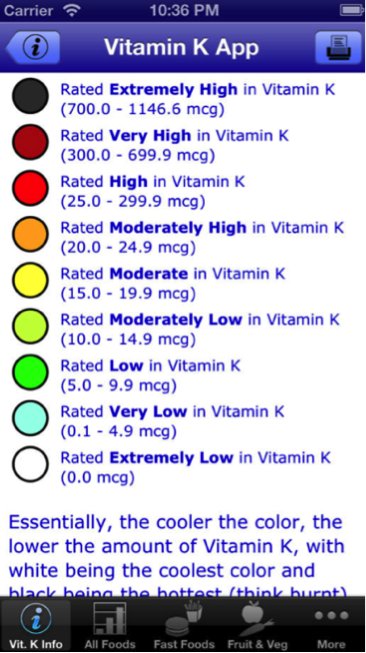 The app integrates the vitamin K content of 930 foods from the USDA National Nutrient Database into a convenient, mobile library. Users can search for foods using approximately 2500 phrases, as some foods are known by different names and preparations (eg, "Egg, Scrambled" and "Scrambled Egg").

Researchers at the Medical University of South Carolina found warfarin caused at least 33,000 hospitalizations and 67,000 hemorrhages between 2007 and 2009. Another study from the US Centers of Disease Control and Prevention determined that warfarin was implicated in one-third of all adverse drug events in older adults.